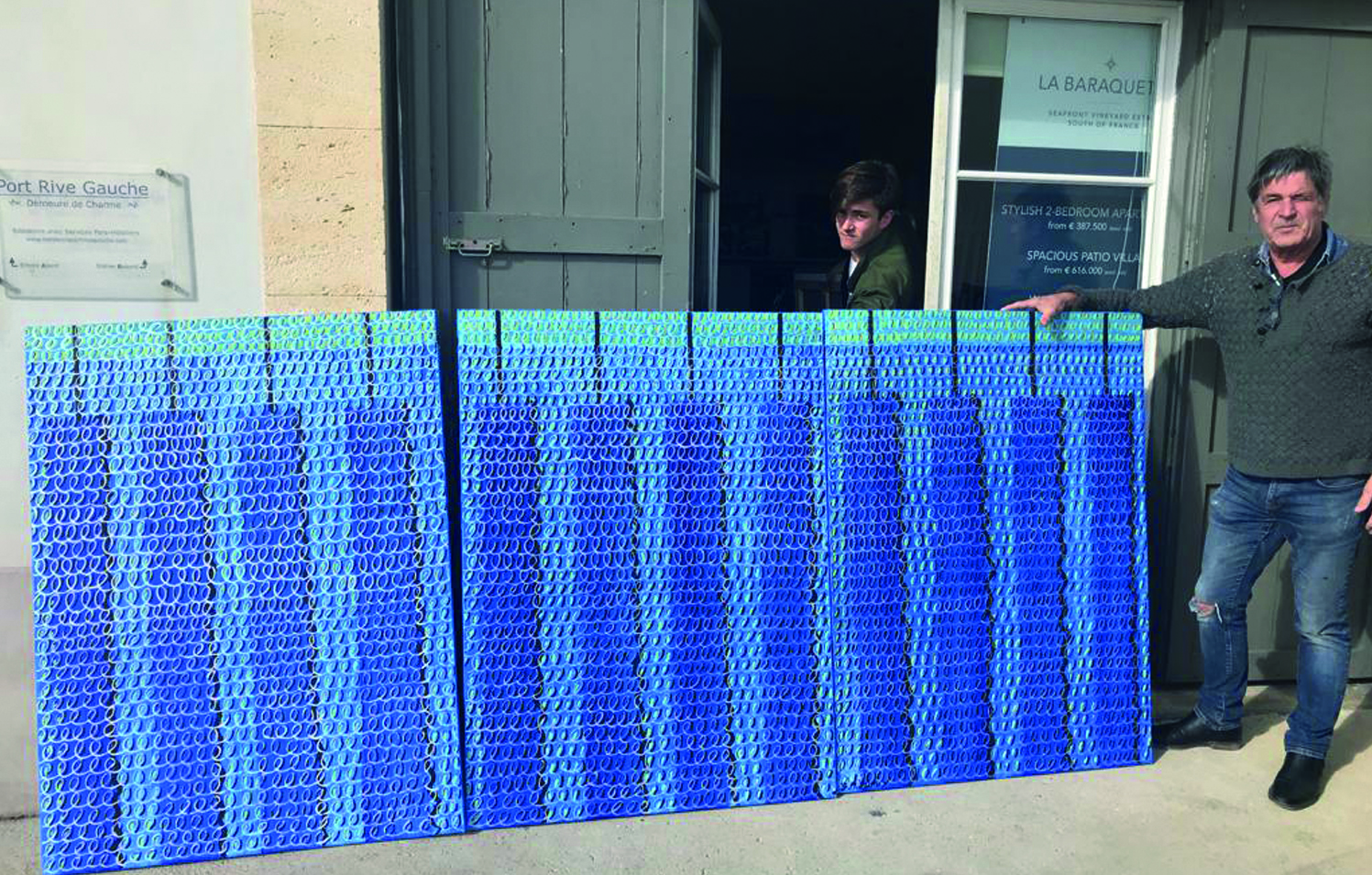 A child of the Mediterranean, Gilles-Marie spent his time sailing at sea with his father. He grew up in Sète over the water, like a canvas slowly being born under the magic of a brush. He still remembers a sad Marseillan, at the time turned much more towards agriculture than fishing. He saw this fishing village transform and bloom like a flower, to the point of making it, in his eyes, the most beautiful one of the Thau archipelago.

A well-known and recognized painter, he made his particularly colorful imprint ripple in Japan, Spain and even Germany. It is no coincidence that he once met Miguel Espada, creator of the Slowlifecapital family office (lien site) and Principal Investor in the Lux* La Baraquette eco-tourism project. This meeting happened out of heart, long before this beautiful real estate project, about two decades ago in the artist’s studio on the quays of Sète. Miguel then fell in love with his paintings, his art characterized by the sea, geometry, poetry and a principle of duplication of mussels and oysters admirably well mastered. Unlike the ephemeral circles in the water drawn by ricochets, his style has remained anchored in Miguel’s memory to the point that 15 years later, he comes back to see him to offer him an artist residency to work on an order for his hotel project.

Always very observant of his environment, Gilles-Marie was already painting beaches and figures to bring his architectural projects to life. His artistic signature, based on repetition and a very clean style, filled with solids and voids, is considerably influenced by an architectural instinct, and geometric shapes. An oyster farmer, he watched tirelessly at tons of mussels basking in the sun, oiled by a light that created reflections on their hulls that changed throughout the day. Drawing inspiration from his raw and living material, the artist has found his rhythm in a particularly vast colorimetric sphere. His rigor and a certain mathematical discipline claim a blatant pleasure in working with reality until the achievement of minimalist and abstract perfection. From it spring vivid emotions and a powerful vibratory impact during contemplation.

Attracted by painting from an early age, Gilles-Marie Dupuy first studied to become an architect without ever leaving aside his passion. He later became an oyster farmer and restaurateur (Les Demoiselles Dupuy in Bouzigues and Sète), before settling as a painter and formalizing his primary vocation.

This “man-fish“ has always kept an eye in the Thau lagoon, one foot in the nets and one hand raised on the lunar tide or the solar tide. With her, he projects the sea on our walls, takes his soul by making him drop his armor. Inspired by Thau and Brittany, Gilles-Marie stimulates our imagination with waves of emotions, a sincere and touching tribute offered to fishermen, these courageous and discreet men that he frees, the time of a creation, from their shell to beautify the walls of our hallways or our living rooms.

To create the two hundred paintings for Lux La Baraquette, Gilles-Marie spent five months by the Thau lagoon, in an artist’s studio as studious as it is inspiring. These canvases are in 60 F format for the smallest ones, namely 130×97 cm and in 100F format (130×162 cm). Some monumental canvases form incredible triptychs (3 canvases 60F say 130×2.81 cm) or panels of 4 canvases size 60F (say formats of 260×194 cm).

Moved by the loyalty of this 15-year-old client, Gilles-Marie is proud to know that these works will be exhibited on this extension of Marseillan, in the LUX* hotel, in the Residences and in an art gallery specially designed for this new district, the pearl of Marseillan …