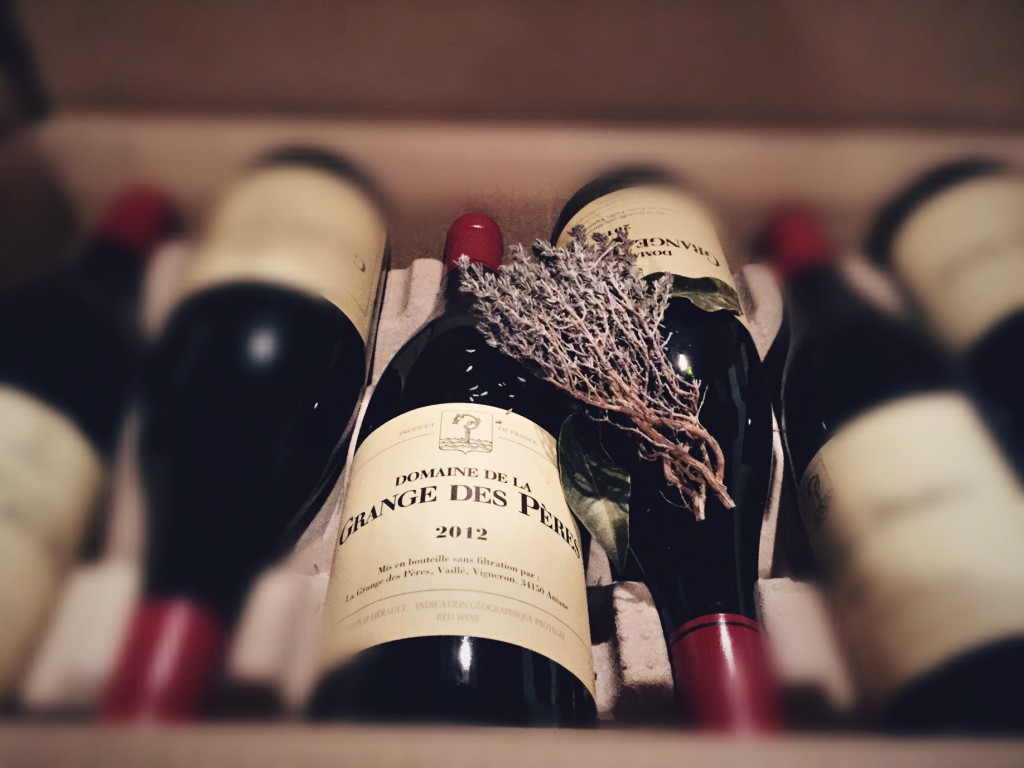 1. First of all, it is partly thanks to you that I started to be passionate about wine.

At the Abbaye Sainte-Croix, a Relais & Châteaux establishment located in Provence, acquired by Slowlifecapital in 2010, the former owner, Mrs. Catherine Bossard, would sometimes let me stroll for hours in the vaulted cellars of the abbey, just to spend a moment out of time with the estates that had granted allocations to the abbey, such as Didier Dagueneau, Chateau Rayas, Chateau Beaucastel, Chateau de Trévallon, Chateau Pibarnon, and of course the Grange des Pères…

There was a whole wall with many vintages of the Grange des Pères, in white and in red, since the first years of production in the 1990s. I had the privilege of tasting many vintages (including my favorite, 1998) and I couldn’t help but thank you for those moments of bliss.

2. Then, it is thanks to you that the wines of Languedoc have acquired their letters of nobility on the great tables and among wine lovers.

I remember a great blind tasting “Languedoc versus Bordeaux on the 2008 vintage" that we organized with the help of Dominique Laporte, the best sommelier in France, for the 50th anniversary of Gilles Goujon, a three-starred chef, who needs no introduction.

Gilles Goujon celebrated this event in part at the Jardins Saint Benoit, located in the Corbières next to the Auberge du Vieux Puit de Fontjoncouse. About 100 guests were staying there, mainly starred chefs from all over France. There were big names in cooking and wine – Michel Bras, Laurent and Jacques Pourcel, Franck Putelat, Olivier Roellinger, Gérald Passedat, Jean-André Charial, Jean-Luc Rabanel, Thierry Desseauve, Bernard Burtschy… – who had fun choosing between the 10 Languedoc wines and the 10 Bordeaux wines presented. La Grange des Pères came out on top before Château Laffite Rothschild, Château Mouton Rothschild, Château Haut Brion… with a particularly good price-quality ratio!

3. Finally, I would like to thank you for your modesty, your freedom, your rigor, which are rare qualities in the wine world.

Indeed, your labels simply displayed “vin de pays de l’Hérault" without any mention of PDO. Your product was sufficient in itself “per se". Another illustration: you did not need a website for the Grange des Pères. Your journey shows that everything is possible with heart, passion and talent. The enlightened wine lovers of the whole world were not mistaken, by celebrating your wine, which became almost mythical today!