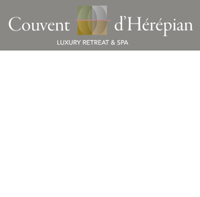 – High-Languedoc Natural Park, France This former 17th century convent was in ruins and threatened to collapse, before being renovated by Proprietes & Co, and then operated by various hotel operators since 2007 as a Luxury Retreat. Once quoted in 2009 as the “best small hotel" in France by The Sunday Times.

– High-Languedoc Natural Park, France This monastery, to be renovated, is located one hour from the Mediterranean Sea on a historical, 7 ha botanical garden and forest site in a pristine environment near an authentic, traditional hamlet. It will be transformed into an integrated Wellness Retreat Resort by the Proprietes & Co team, which will create and operate its first site dedicated to wellness.

Internet : Discover the place in pictures